Hinge connectors are designed to transfer loads between two beams aligned end-to-end from the end of the supported beam to the end of the supporting beam through a combination of bearing plates, side plates and bolts. Besides supporting gravity load, hinge connectors can also be ordered with additional bolt holes to resist horizontal loads if the beams are part of the continuous lateral load path.

HCA hinge connectors can also be ordered to accommodate dapping, or notching on the top of the beam. This notching allows the bearing plate to be flush with the top surface. Dapping on the bottom of the beam is uncommon and requires approval from the Designer.

When ordering an HCA hinge connector for a beam dapped on the top side, remember to subtract the plate thickness from the height of the carried beam when specifying the connector height. See Step 4 below for an example for ordering a hanger for a dapped beam. 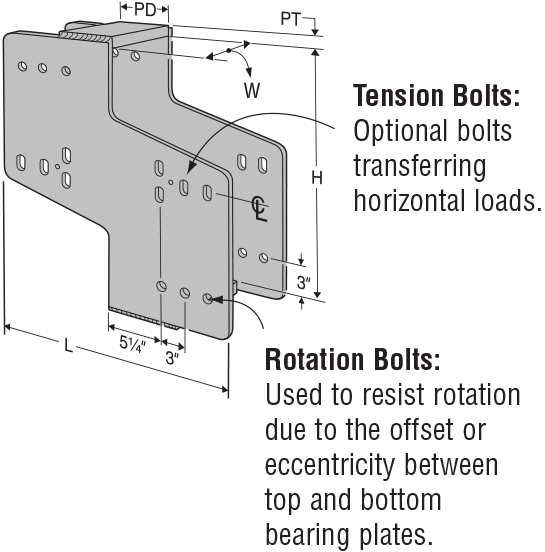 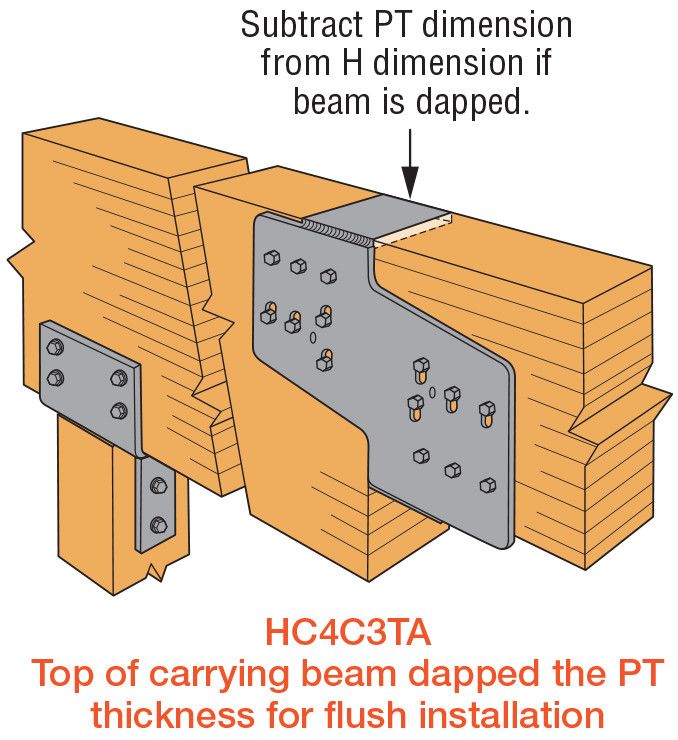 How to Specify a Hinge Connector 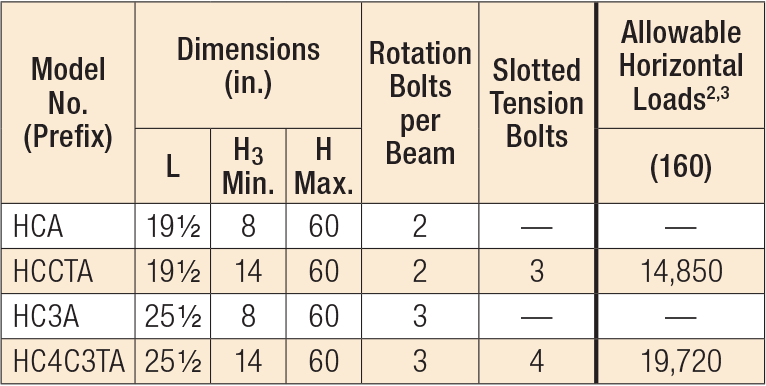 Capacity of a hinge connector is determined by the depth of the beam and the length of the bearing plates.

Step 3 — Select suffix based on width of the beam:

Step 4 — Determine the exact height (H) of the beam:

Bearing plates will protrude beyond the beams which may interfere with applying plywood or other finish material. To flush the connector, the beams can be dapped to recess the bearing plates, which reduces the effective height of the beam (H dimension) by the thickness of the bearing plate (PT). In the example, H will become 21"-1" = 20" to flush out the top bearing plate. The following steps assume the beam is undapped.

Loads listed in the table include a 25% increase for roof loads. If the hinge connector is used to support other loading conditions, reduce the values according to code.

Step 6 — Narrow down the selection based on beam depth and load requirement:

Two rotation bolts per beam are not enough to handle the load. To achieve higher load capacity, upgrade to three rotation bolts and use the values from "Three Rotation Bolts Per Beam" columns. The allowable roof load at H1 of 18" is 22,680 lb. > 20,000 lb. required.

Combining the model prefix, suffix and height, the hinge connector most suitable for our example is:
HCC3TA7-6, H = 21" 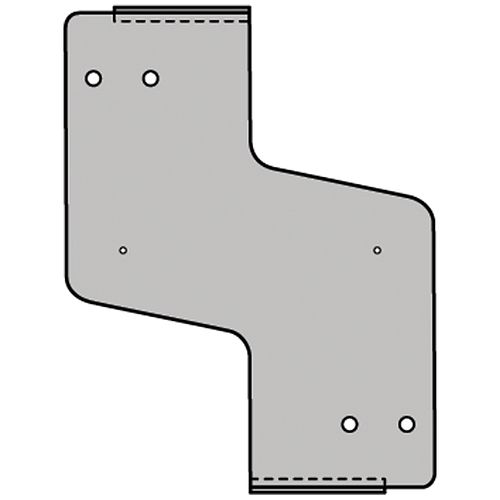 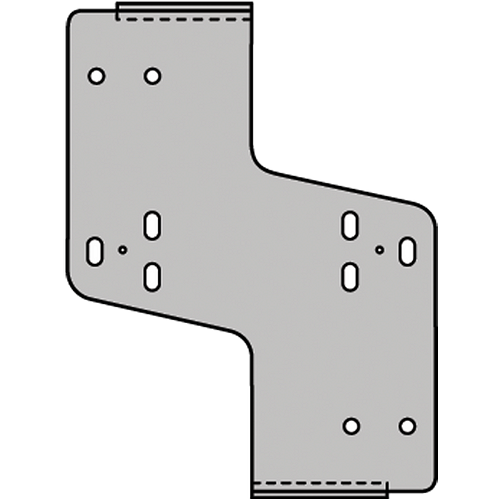 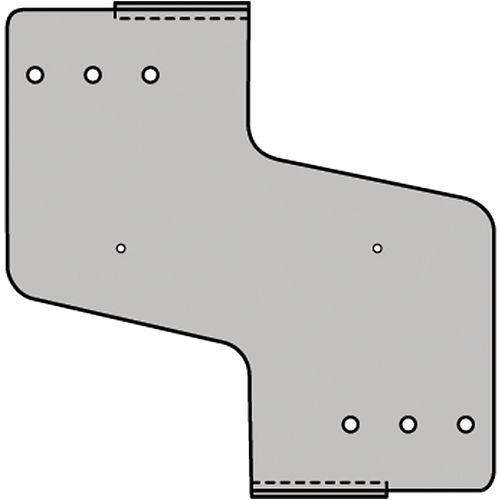