An elevated concrete slab over parking, commonly referred to as a podium slab, is a common anchorage/run start type for mid-rise, light-frame construction. These slabs pose a significant challenge to designers when anchoring the continuous rod tiedown system above.

In designing light-frame structures over concrete podium slabs, understand that lateral loads from the structure above will produce large tensile overturning forces whose demands often far exceed the breakout capacities of these relatively thin slabs. Simpson Strong-Tie has thoroughly researched and tested practical solutions that achieve the expected performance in order to provide Designers with additional design options. The use of the special detailing of anchor reinforcement shown in ACI 318, Anchorage Provisions, will greatly increase the tensile capacities of the anchors.

The concrete podium slab anchorage was a multi-year test program that commenced with grant funding from the Structural Engineers Association of Northern California and was applied toward the initial concept testing at Scientific Construction Laboratories, Inc. Following that test, a full-scale, detailed testing was completed at the Simpson Strong-Tie Tye Gilb Laboratory. The design approach follows code calculation procedures supported by testing of adequately designed anchor reinforcement specimens. Based on the empirical test data, the inner concrete breakout cone plus the added anchor reinforcement each provided a percentage contribution to the measured peak capacity of the entire anchorage assembly. These contributions are distributed to the overall anchorage capacity and the concept is then utilized for each installation condition being considered for the calculation. 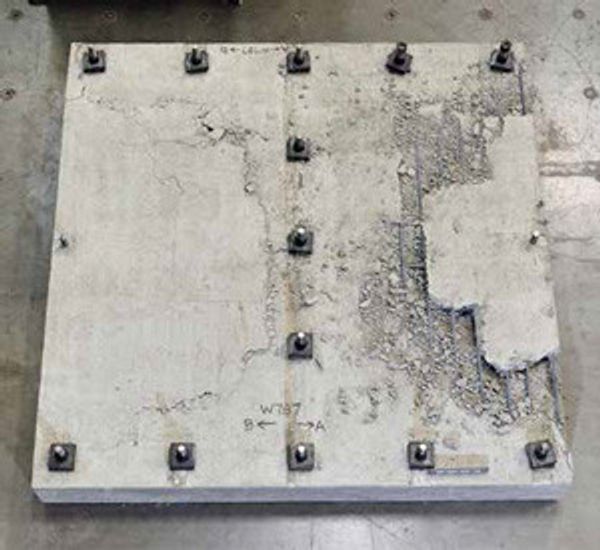 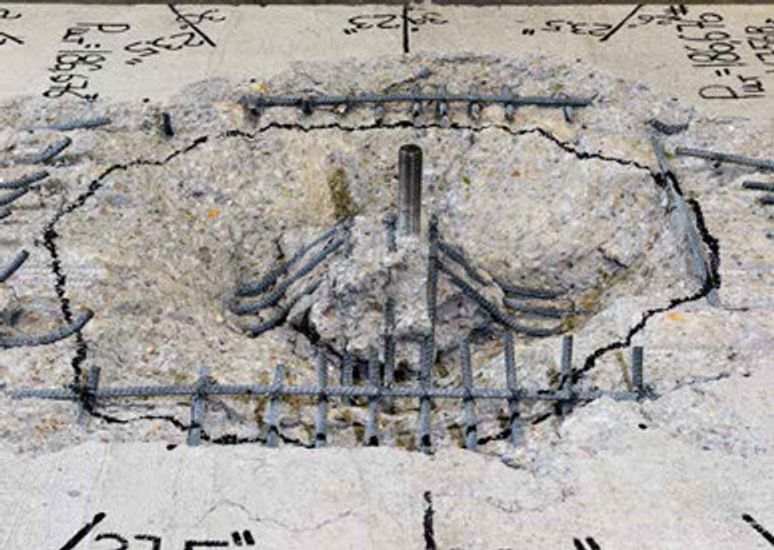 Here are the recommended steps on how to specify a Shallow Podium Anchor and the accompanying anchor reinforcement. 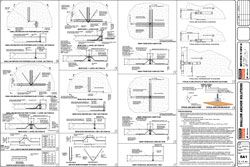