The Simpson Strong-Tie® Yield-Link® moment connection is a field-bolted connection that uses patented Yield-Link structural fuse technology to mitigate against damage to beams and columns during seismic events. Whereas all other AISC prequalified moment frame connections are specifically designed to damage the beams when dissipating seismic energy, the unique Yield-Link moment connection moves that damage into bolt-on, bolt-off replaceable structural fuse elements, keeping the response of the beam elastic in the process. This, in turn, creates a situation where the beam can be designed without the need for lateral-torsional buckling bracing. Initial prequalification testing and analysis focused on meeting the needs of light-frame structures. More recent prequalification testing has been completed utilizing W36X beams and W36X columns with a maximum yield area of 1" by 6". Along with the fullscale testing of frames utilizing the expanded connection, advanced nonlinear FEA work has been completed that refines the connection design procedure and eliminates some empirical limits put in place during the first round of prequalification. Additionally, new and extensive nonlinear response history analysis was conducted on four-, eight-, twelve- and twenty-story buildings to assess their seismic performance and compare it to the response of similar buildings utilizing reduced beam section (RBS) connections. The results showed that the buildings designed using the Yield-Link moment connection had collapse resistance equal to or better than the buildings with RBS connections. See p. 33 for more information.

Typically OMF are used in wind regions, where a stiff, non-yielding frame is desired. SMF are typically used in seismic regions where more ductility is needed. The following graphics illustrate the difference in ductility between the three moment frame types. 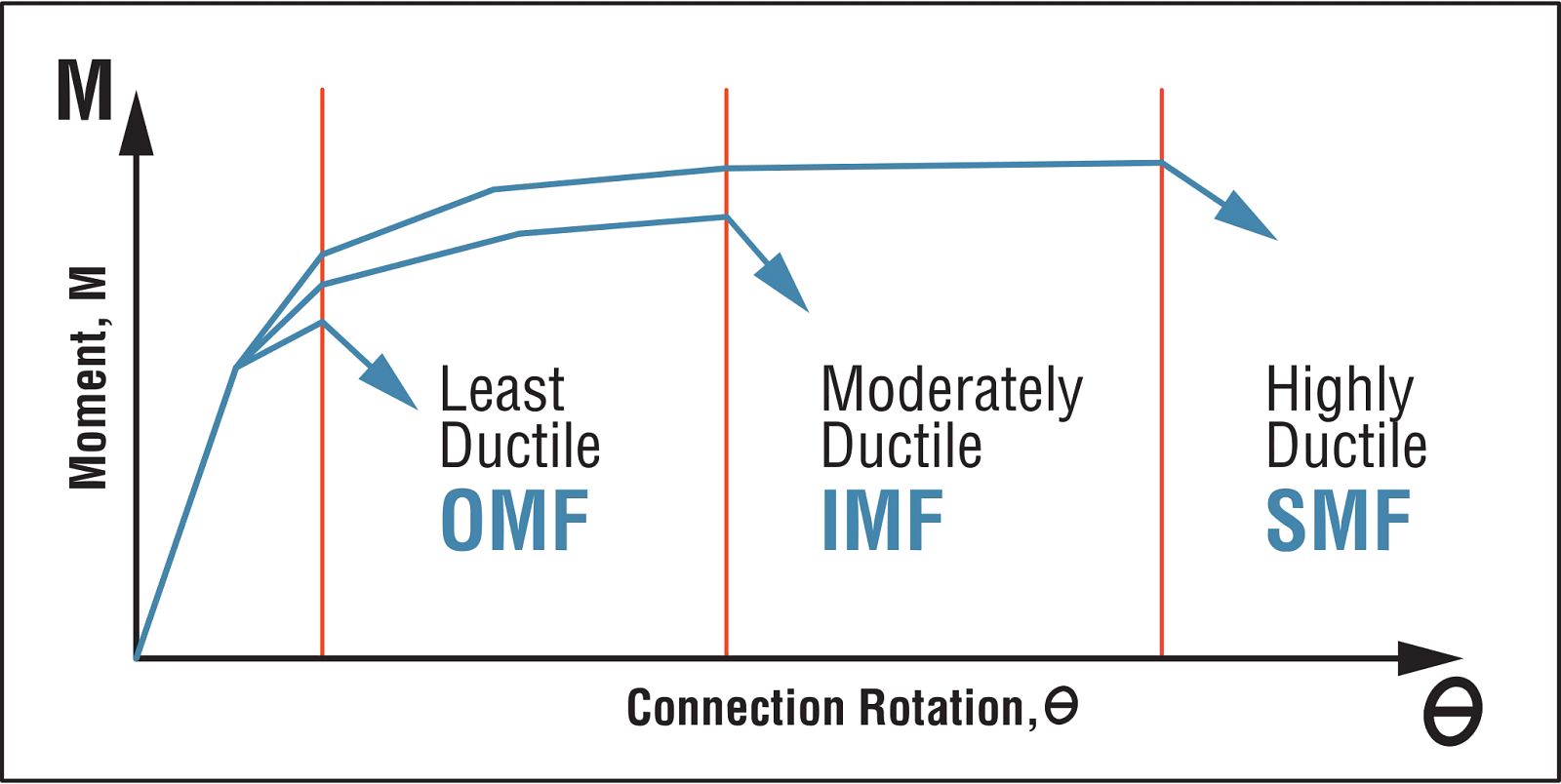